Sonia Shiel’s Here, while the bees are sleeping is reviewed by Gemma Tipton in Artforum.

The review can be read here.

More information on the fair can be found here.

Sean Lynch will represent Ireland in the 56th Venice Biennale, All the World’s Futures, from 9th May – 22nd November 2015.

More information on the Biennale here.

DeLorean Progress Report by Sean Lynch will be on display in Roncini Gallery, London from 22nd May – 27th June, 2015. 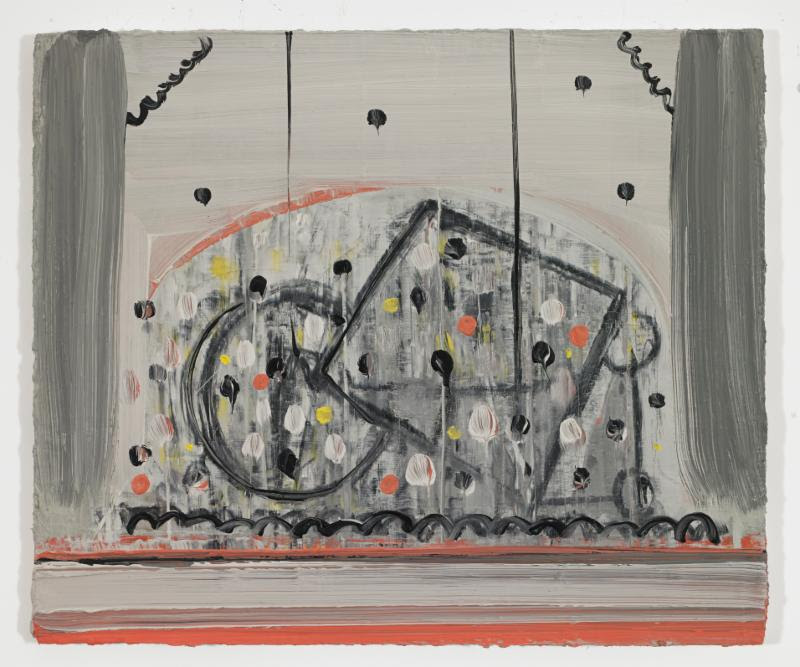 Imlíne, an exhibition by Sinéad Ní Mhaonaigh is at the Mermaid Arts Centre, Bray, Co. Wicklow from 3rd April – 23rd May.

Sean Lynch is included in Artsy.net’s selection of ‘five Irish artists you need to know now.’

Mick O’Dea’s The Tan War is at Triskel Arts Centre, Cork until the 4th April.

The gallery is delighted to announce that Geraldine O’Neill has been elected to Aosdána.

Kevin Kavanagh will host an exhibition of O’Neill’s new work in 2016.

Sean Lynch will give a public lecture ‘Bandits Live Comfortably in the Ruins’ at the Trinity Long Room Hub, TCD, Dublin. Sean’s lecture is part of the Making Ireland series and will take place on Wednesday the 18th February at 6:30pm. 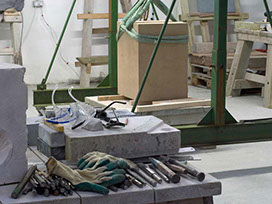 What Cannot Be Used is Forgotten, a group show featuring the work of Sean Lynch, runs from January 22nd – May 3rd in CAPC Contemporary Art Museum, Bordeaux, France.

“The exhibition explores how objects, along the circulation that constitutes their life, accumulate information thus becoming part of a historical process marked by the effects of colonialism. Even though objects do not strictly carry meaning, it cannot be said they are not significant. It is through language however that we as humans try to integrate them in the constant creation of meaning we embark ourselves on. This exhibition tries to celebrate their agency and capacity to affect others, both human and non-human. What cannot be used is forgotten seeks to understand how our relation to the material world entails endless processes of assimilation, acculturation, re-appropriation, and ritualization. ”

The Kingcat of Keshcorran by Sean Lynch, Liam Byrne and Michael Holly runs at the Roscommon Arts Centre from 21st November – 6th February 2015.

“…It would be simple to summarize the work of Elaine Byrne’s and Oweena Fogarty’s in Transferencias as rooted in Irish identity. This is a key ingredient. But their work goes deeper into effacement of geopolitical borders where Mexico and Ireland act as an axis. The complex proposal of the two artists question intelligible boundaries, paradigms and motivations of culture, history and their crossovers; in Byrne’s case, through language and structures and in Fogarty’s collecting ghostly traces.

Elaine Byrne has been working with the Bradigan Irish dancing school in Mexico City since 2012. With over 4,000 Irish dancing students in Mexico her investigation into the globalization of culture, questions what happens to traditions such as Irish dancing when absorbed and transformed by another culture…”

Geraldine O’Neill is shortlisted for the Hennessy Portrait Prize 2014, for her work Is feidir le cat Schrödinger an dá thrá a fhreastal. The winner will be announced at the opening of the exhibition on Tuesday 11th November 2014.

“Her work is about painting first and foremost; [these] references merely serve a purpose.  Thus digital images which freeze and fragment an original image fascinate her, but such images in themselves are not enough, they provide a way into the painting.  It is their visuality which inspires rather than any precise sense of a blurred or fragmented reality.   Because she physically likes making paintings, everything is subservient to what paint will achieve.”

Copperwhite makes paintings that move fluidly between representation and abstraction. Photographs, montage and assemblage all aid the process and become ancillary works that pin down fleeting thoughts, glimpses and reactions to a media saturated age.  Her interests and sources are eclectic and wide ranging, from social media to philosophical debate to art historical references.  Yet, as Toibin points out, her paintings are no more about the image than they are about the process of painting itself.  Her work is phenomenological in that momentarily emotional responses override the need to capture reality.  Something has piqued her interest and from that initial interest she thinks in colour, in tone, and texture, in setting herself a visual problem to which there is no single definitive solution.  Her palette is composed of murky undertones punctuated by bright neon rifts. The fluidity and expressiveness of the painting gives little hint of the rigorous and formal abstract principles applied to the making.

Strangers in a Room is an almost purely abstract painting, a composition of bold stripes and gestural marks.  The eye struggles and fails to distinguish the strangers of the title, but the space retains something room-like, an echo of representation caught just beneath the vibrant surface. This duality is apparent in all the work, the teasing through of an idea, of where it has come from and where it may lead. The recurring motif of screens appears in Tropic of Capricorn Tropic of Cancer.  Two squares like televisions float brightly facing each other.  It is no accident that the title references astrology, lines of latitude, and the writer Henry Miller.  A multi-media world describing the interconnectedness of knowledge.  In Copperwhite’s work even the most arbitrary act demands balance, the carefully thought out response.  The source may seem randomly chosen but the intellectual process, the making of a painting is not.

The writer Colm Toibin is currently Irene and Sidney B. Silverman Professor of Humanities at Columbia University.  He is an IMPAC Dublin Literary Award prizewinner, and has appeared on the Booker shortlist, most recently in 2013 for his play the Testament of Mary.

The Royal Hibernian Academy, which operates one of the nation’s largest exhibition galleries, elected the painter Mick O’Dea as the 23rd President of the Academy at its Annual General Meeting on Tuesday 14th October, 2014. Elected to RHA Membership in 1996, Mick O’Dea was delighted to accept.

“I am delighted and honored to have been elected as the new President of the RHA and to have the opportunity to continue the great work of our previous Presidents, most recently Des McMahon PPRHA and Stephen McKenna PPRHA. The RHA has a very strong team led by Director, Patrick Murphy. I look forward to working with Patrick, the staff, the crew and our voluntary workers who make sure that the RHA continues to punch way above its weight as an incredible resource and facility. As President, I will strive to ensure that the voice of the Academy is heard and that we are more importantly, seen. The values of tradition and innovation that the Academy stands for enables us to show and support the best of the diverse range of practices that are prevalent at this time. It is my responsibility to ensure that we hold that vision into this period of the early twenty first century. “ Mick O’Dea PRHA

Imlíne is part of Calling up the Vangard, an exhibition series curated by John P. Quinlan. The exhbition will be opened by Peadar Ó Riada on Thursday 9 October at 6 p.m.

VISUAL present a major exhibition by Sean Lynch, Ireland’s representative at the 2015 Venice Biennale. Over the last decade, Lynch’s installations, sculptures and publications have explored the subjective layers of Irish history and offered alternative readings of the influences that shape our society today.

The exhibition includes a new work commissioned by VISUAL and the Local Authority Arts Office; For The Birds is based upon the medieval Irish myth of An Buile Suibhne, or the Frenzy of Sweeney. Cursed to be half-man, half-bird, Sweeney hopped throughout Ireland lamenting his woes in lyrical verse, until he reached a farmhouse in St. Mullins in Co. Carlow where he found a strange form of kindness – each evening he was invited to drink milk out of a bowl of cowdung. In collaboration with sculptor Tom Fitzgerald, Lynch reimagines this scene in the context of Carlow’s contemporary agricultural industry.

An accompanying catalogue designed by Wayne Daly will feature an in-depth essay on Lynch by critic and lecturer Caoimhin Mac Giolla Leith.

Dr Michael Asbury, CCW Reader and TrAIN Research Centre Deputy Director, recorded his recent conversation with artist Sean Lynch, recipient of the TrAIN/Gasworks residency during the summer of 2012. Each year, TrAIN collaborates with Gasworks International Residency Programme to offer a fully funded three month practice-based research fellowship for an artist who is not based in the UK. The residency offers an opportunity for the artist to join the studio environment offered by Gasworks, while also participating in research seminars and discussions at the TrAIN Research Centre. Following his residency Sean held a solo exhibition at Modern Art Oxford and is currently living in London whilst preparing for his exhibition at the Venice Biennale, where he will represent Ireland in 2015.

Vanessa’s intricately executed installation will transform the Long Gallery space using curios type objects and organic forms created from paper. The immense architecture of the Long Gallery will lend itself to containing and protecting these delicate objects.
The gallery will host a large greenhouse structure, which like so many of Donoso López pieces, acts as a container and a laboratory in which plants can alter and grow. This space invites the audience to walk in and around the objects within, traversing elements of the artist’s “inner psychic reality” and “external reality” and her past and present. The provisionality of the structure and the imperfect domestic objects talk of the balance between being settled and being uprooted. Vanessa Donoso López ‘s work is committed to exploring concepts of transitional phenomena allied to contemporary life, with its cross-cultural identity and narratives, its mutability and intricacy, and its potential for the loss of identity, language, and compatibility with original cultures.

There is a preview of Elaine Byrne’s  newest sculpture “Endless Resistance -a work in progress-” before it is shipped to Ireland on Friday. The large sculpture is influenced by the “Endless House” designs of Federick Kiesler which he made from 1948-1965. It will be finished on site  for a solo exhibition in Limerick City Gallery (September- November 2014 ). Project is funded with the help of the Arts Council of Ireland.
Thursday 24th, between 6 and 8 pm at 348 Morgan (@ Metropolitian)
“I would be delighted if you could join me to see it off (so to speak) I won’t be quite cracking a champagne on it to launch it but there will be beer.”
-Elaine Byrne
Elaine will also give a talk at Station Indepenand Projects on 31st July 6:30pm. More information here